We are a month out from our son’s second birthday, so I thought it would be fun to share his birth story. If you have not read any other posts in my pregnancy series, you can read them here…Pregnancy Series: Initial Signs & First Trimester, Second Trimester Recap, Third Trimester Recap. 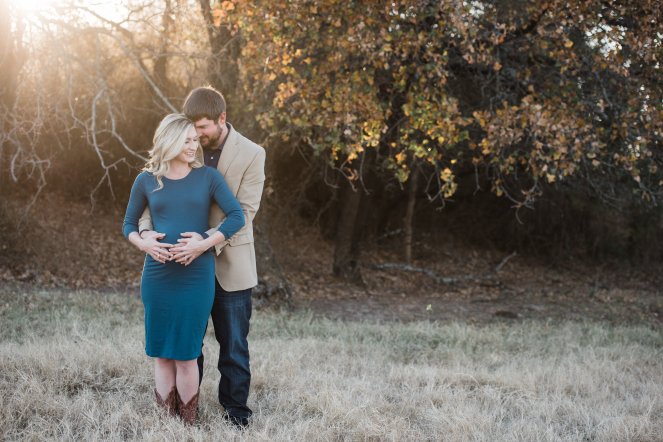 Unfortunately our son did not want to come on his own like my doctor had anticipated. His head had been extremely low for weeks leading up to his due date, however my body was just not ready or showing any signs of readiness (dilation/effacement). I went to my last appointment on his due date (December 28th) and was presented with two options. Option one, we could wait it out for a week to see if he came on his own (advised that it was unlikely). Option two, we could check into the hospital that evening to begin inducing. Mason and I decided we would induce, based off my doctor’s recommendation and headed to the hospital that night around 9:30pm. It was such a surreal feeling to know it was actually happening!

Once we checked in we were taken to a birthing room to get situated for the evening. They hooked me up to two monitors to watch the heart rate and contractions. They also inserted the base of the IV, so they could start Pitocin early in the morning. Throughout the evening I would have nurses insert pills to help soften the cervix and hopefully jump start the process. I was not expecting someone to come in every couple of hours, which made sleeping almost impossible (along with nerves).

The next morning around 6am they checked to see if I had any progression, and I had only dilated to a 1.  A nurse tried to prepare us for a long day ahead and made sure we knew there was a lot of work to do. She told us that realistically we probably wouldn’t begin pushing until 7-8pm that night. Within the hour I began Pitocin (around 7am). I was told I would be checked every 2 hours with the goal of a 1-2 centimeter increase in dilation.

Around 9am I progressed to a 3 which was a huge relief that my body was responding. The doctor decided we were going to break my water which was another thing I was not expecting, and such a weird feeling to experience (also uncomfortable). After my water was broken my contractions picked up significantly.  When they checked me at 11am I knew I wanted the epidural. I had thankfully progressed another 2cm to a 5 and decided to order the epidural before the contractions got even worse. I had no idea there was a wait time and that it didn’t happen immediately.

The anesthesiologist came in around 11:45am. He had me sit on the edge of the bed and lean over. He gave a local shot (felt like a bee sting) and then hooked me up and let me know it would take around 20 minutes to kick in. Once it did it’s magic, it truly was a game changer for my overall experience. I did have a “hot spot” so I still felt some contractions on my right side, however it was nothing like before! I was also unaware that they insert a catheter after the epidural. There were so many wires and things hooked up to me, it was wild!

Mason and I got to relax and enjoy just hanging out with each other. He would leave the room to eat since I could only have ice after midnight, and kept both families up to date. The nurses decided to check me after 3 hours since I was moving at a slow and steady rate. Around 3pm they came in hoping I would be at a 7. Right before they came in I felt extremely sick which I hadn’t experienced throughout the day. The energy completely shifted while the nurse was checking me. She told us she needed to call our doctor immediately and could feel his head. I asked her how many centimeters I was and her response was “umm..a ten”. I felt like my body was telling me it was time, and we went into a slight panic mode.

The nurses began preparing the room and Mason was doing everything in his power not to pass out. Our doctor was at another hospital so we actually ended up waiting an hour before pushing. Once she arrived she explained how the pushing would go (during a contraction) and prepared me mentally. My first push was at 4:05pm and I was holding our son at 4:20pm. It was such an out of body experience and something I will never forget! 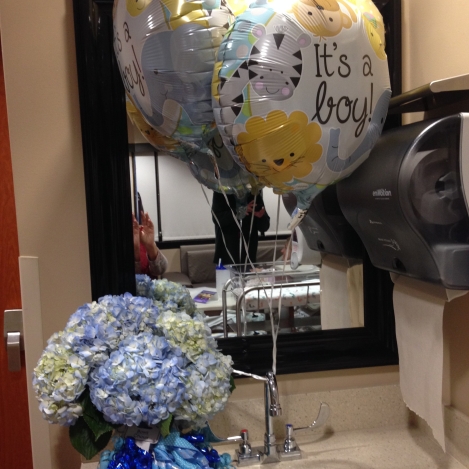 Stay tuned for next post discussing recovery and all the “fun” that entails:)

View all posts by Jaclyn Bridwell

Welcome to our lifestyle blog! We appreciate you stopping by and hope you connect to our content. We post weekly on different lifestyle topics that we are passionate about.  Stay Blessed!